Cause Of Death: Misprocessing of Medicaid Benefits 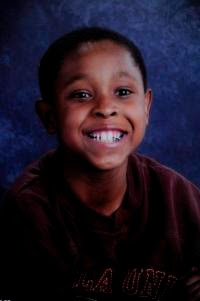 Nine year Zumante Lucero, pictured above, had asthma that he could treat with a drug called Advair that he has a prescription for and was entitled to as part of the Medicaid benefits for which he was eligible.

The Denver County Department of Human Services was in charge of handling his application and despite strenuous efforts by his mother to get the county to tell Walgreens that he was eligible to have the medicine, they instead incorrectly told Walgreens that he wasn't even though they had told Zumate's mother (correctly) that Zumante was eligible to have Medicaid pay for his medicines. Zumante couldn't afford the drugs over the several months that Denver's computer system told Walgreens that Zumante didn't have coverage when he actually did, despite Zumante's mother's efforts, and as a result, Zumante's asthma killed him in July of 2009.

The State of Colorado has faced litigation for years over this computer system which it requires counties to use (if I recall correctly, this problem dates back to Governor Owens and neither Governor Ritter nor Governor Hickenlooper have yet been able to solve it), but the Medicaid benefits processing system that was purchased for millions of dollars by the State from a big name private contractor didn't work and never has worked. Judges have ordered the State to take action, but it didn't fix the problem, either by fixing the computer or by finding a work around that worked. This was something that was entirely foreseeable and had been predicted for years before it happened.

Zumante died as much because certain named bureaucrats (and no doubt other unnamed bureaucrats and government computer contractors) screwed up and denied him a few hundred bucks worth of medicine that the law said he was entitled to have and that the Denver County Department of Human Services knew he was entitled to have but didn't extent themselves to clear up despite the life threatening nature of this boy's conditions in the absence of his medicine.

I'm not even going to begin to think about the legal issues involved. Suffice it to say that the when some judge writes an opinion resolving this case a long time from now, if the case is not settled, that the statement of facts will less than a page long and the analysis of the procedural history and the law will be lengthy. Governmental liability in tort is an arcane subject at the best of times in the simplest of cases.

But there is no good reason that kids should be dying in Denver, Colorado when we have the drugs to treat it, the means to pay for the treatment, the legislative will to provide coverage, and an involved parent trying to obtain care by contacting the government officials and pharmacists in charge of making it happen. Moreover, any department whose bureaucratic screw ups can be a matter of life and death that serves people who are, by definition, poor and in practice, almost always not the most sophisticated in cutting through red tape, rarely politically connected and rarely able to afford lawyers, needs to have someone out there with the power and ability to fix problems promptly who is looking out for the program's beneficiaries.

This is not a program where it is reasonable to assume that the beneficiaries or those acting on their behalf will be able to navigate the system and correct governmental screw ups on their own.
Posted 5:57 PM
Email ThisBlogThis!Share to TwitterShare to FacebookShare to Pinterest
Tags: bad accountants, Bureaucracy, Health Care, Public Law, State Budget, Technology

Great article about a senseless tragedy and how government competence is critical, particularly in the area of contracts and how corporate incompetence can lead to big profits.

I'd be interested in a follow-up article regarding (1) the company who contracted to provide Denver with a computerized benefits system along with the names of the CEO and the Board of Directors who should be indicted for criminally negligent homicide; (2) the original contracted amount; (3) whether or not this company stands to gain by continued operational problems; (4) how much money Denver has paid this company to fix the glitches; and (5) who in the City negotiated this contract and where are they working now.