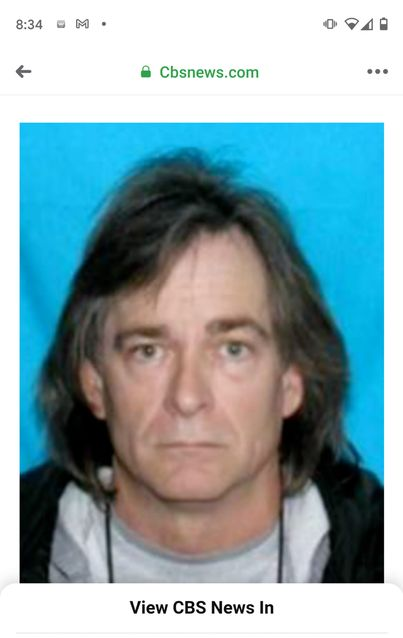 UPDATED January 3, 2020: He figured lizard people, aliens and other massive conspiracies were underfoot.
Anthony Quinn Warner, also known as Tony, the Nashville Christmas Day bomber whose bomb injured three people but not critically, damaged 41 buildings, and disrupted telecommunications services for a few days in the area.

"We've come to the conclusion that an individual named Anthony Warner is the bomber and he was present when the bomb went off and that he perished in the bombing," Donald Cochran, U.S. Attorney for the Middle District of Tennessee, told a news conference.

He lived with his parents most of his life in a Nashville, TN suburb including a few years after his dad died, then moved out on his own. His own mom had divorced his dad before he died in 2011 and remarried and is still living. This source notes that:

Warner had lost two close family members in the last decade, leaving him with a sister and nephew, according to his father’s obituary, in addition to the mother. The father was known as “Popeye.” Warner’s high school yearbook lists him as playing golf. Heavy reached a high school classmate who knew his brother, but Tony made so little of an impression that she didn’t remember him.

He lived in the same neighborhood for decades, maybe all his life. Mr. Warner and his brother playing football in the yard as children. The family worshiped at a Roman Catholic church a few miles away. His dad worked for the telephone company for a while when this man was a kid, before it merged into AT&T.
He never married, had no acknowledged kids, and no no friends. He was age 63. He never voted in his life, although this may have been because he was disenfranchised for his felony conviction. He had no history of political activism, not even a bumper sticker or yard sign.
He may have bought the explosives 7 years ago legally with an ATF permit but that may have been someone else with a similar name and a false lead. He had an alarm company and did IT consulting for a real estate company for 15 years and retired after weird behavior last month. He was a hard core recluse. He never left home except for work, necessities, camping, and decades earlier family reunions. He kept 'No Trespassing' signs around the home, especially around the RV.
He had brother's POA and used it to transfer house to himself, an act which their mom sued him over a couple of years ago. In January 2019 five months after acquiring it from his brother, he transferred the house that his brother used to own to a 29 year woman, Michelle Swing (see also here), in Los Angeles (who is an unmarried, and apparently a mother of two children, who used to live in Knoxville, Tennessee prior to 2012 where she went to high school and college after which she lived until September of 2018 in San Francisco), then two months later he purported to transferred the house that he'd already given away to the young woman to his mom as well in March 2019 (probably trying to screw her out of an agreed settlement and to benefit the young woman instead). According to the New York Post:

The first home she was given — Warner’s family home in Antioch, less than a mile from his last address and on the same street, Bakertown Road — came as part of a bitter legal battle in which his mother sued him to get it back. His 85-year-old mom, Betty Christine Lane, eventually won, and Swing signed a quitclaim last July to give back the $250,000 house to Lane, who still lives there, according to records.

The young woman said she'd talked to him on the phone once or twice but claims to have never met him in person although was not very forthcoming. He wrote a letter to the 29 year old this Thanksgiving, the day after transferring a duplex that had a steady stream of short term tenants, saying he was camping with his dog over Christmas (something along with fishing and boating that he often did in the past) and mentioning a duplex he gave her on January 2020, with something strange in the basement that he did not describe. This source says:

Swing claims that she was unaware that Warner had signed the $160,000 home over to her is contradictory since a new report claims that Warner informed Swing of the transfer in a letter last month, writing: ‘The attic has plywood and lighting, take a look. The basement is not normal, take a look. Woof woof Julio.’
In the letter, Warner also shared that he ‘intended to travel on Christmas Eve to spend a few weeks in the woods with his dogs’, according to The Sun.

The young woman never visited the property or him, and never signed anything and may not have known that the deed transferring the properties to her was more than a delusion. The young woman moved to California in 2012.
He had lost touch with most of his extended family for last 10 years.
He was quiet but personable with his clients. He did his jobs and left.
He made no demands and had no social media or manifestos. He cased the vicinity of the AT&T transmission building a couple times in the week or two before the Xmas morning in downtown bomb with a 15 minute evacuation order and probably fired guns to alert police to come before it blew to evacuate people. He clearly wasn't trying to kill anyone.
He played a nostalgic song about being lonely and going downtown on a public address system from his RV shortly before he died.
He was rumored to have had a relationship many years ago with the 29 year old's mom (who is married to someone else), something the Sun reports based upon a police informant (also here and here), with the implication that the young woman either was his biological daughter, or was believed by him to be his biological daughter, or that he made the transfers as a way to benefit the young woman's mom. According to the Wall Street Journal:

Ms. Swing told investigators that she thought he gave it to her because her mother had a prior romantic relationship with Mr. Warner, according to a law-enforcement official briefed on the investigation.

He sent an email to one of his clients three weeks ago to say he was retiring. He started shedding possessions: He told his ex-girlfriend that he had cancer and gave her his car (according to the NYT, which doesn't clarify if the ex-girlfriend was the young woman's mom or who the ex-girlfriend was). Records show that he signed away his home on the day before Thanksgiving. It seems likely that the ex-girlfriend mentioned in the NYT story is Michelle Swing's mother.
According to this Tweet, he was a man that law enforcement was aware of, with at least two tips to the FBI prior to the bombing and one if those by his ex-girlfriend that he was building a bomb was able to detonate a bomb in down town Nashville. The same source described the 29 year old woman as his niece, which is almost surely inaccurate. (The author is a Trump 2020 Christian so could be engaged in conspiracy theory building not backed by any reliable sources.) Authorities deny that he was on their radar in advance, although two tips were received before the bombing.
He was arrested in January 1978 (when he would have been twenty-one years old) and was found guilty on a felony distribution of controlled substances charge in 1980 (the substance was marijuana), he received two years a probation and possibly a year in prison (some of which may have been credit for time served awaiting trial).

[A] neighbor said Warner had no family — no wife or kids that she knew of. She said he “was very good to the animals he had.” She said he had little dogs, and “when they got older, he built them a ramp so they wouldn’t have to climb.”

He may have been paranoid about 5G, perhaps that it was spying on Americans, but never talked to anyone in real life about it. He messed with his TV antenna on his roof sometimes and had security cameras (given that he did alarm systems for a living, somewhat less notable). The properties that he transferred were free and clear and with the rentals regularly rented, so he wasn't financially strapped (and he had the RV and boat too).
His motives unclear. Property damages to the AT&T transmission building was apparently the target.
But why?
If he was telling the truth about having cancer (and he might easily have been lying), he may have been a dead man walking. Maybe he thought that 5G gave him his cancer and was getting back at the source of it.
Does it make sense to call this domestic terrorism?
It doesn't seem to have been part of a larger white supremacist/militia campaign to destroy infrastructure as part of a civil war as many suspected at first.
Also, what was strange in the basement of the property? Was he some sort of secret serial killer? Or, did it just have a quirky basement renovation? The lack of news about the basement three days after it was searched by authorities suggests that there probably wasn't anything that notable there.
Some material from this story and this one.
Posted 8:40 PM 5 comments:
Email ThisBlogThis!Share to TwitterShare to FacebookShare to Pinterest
Tags: Crime, War On Terrorism 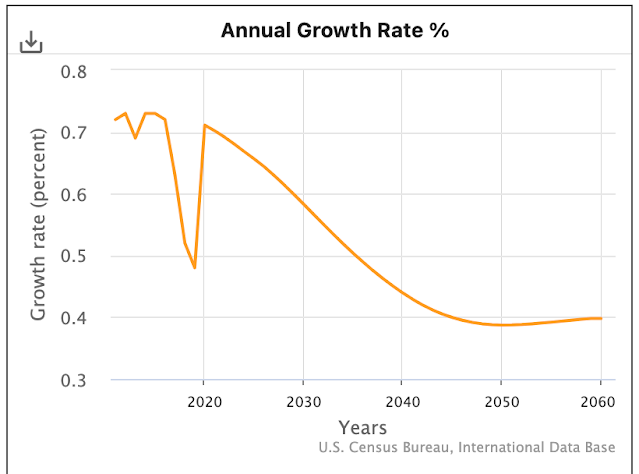 U.S. Census Bureau estimates of U.S. population growth rates. Everything beyond the year 2020 is a projection only.
Roughly speaking, the U.S. population growth rate dropped by a third in 2020 to an annual rate of about 0.5%.
In addition to excess deaths over normal and decreased births (an impact of about 300,000 people each for the year), legal immigration declined at unprecedented rates, refugee admissions have never been lower, and immigration enforcement activity has been low because few people have tried to enter the country illegally since April when the COVID-19 pandemic developed. Immigration enforcement within the U.S. has been at record lows during the Trump Administration. Immigrants as a share of the total population in the U.S. was flat in 2019 and may have declined in 2020.

In Korea, the literally translated term for what are common called "white collar crimes" in the United States, is "intellectual crimes."

For example, "intellectual crimes include fraud, embezzlement, and other financially motivated non-violent crimes." 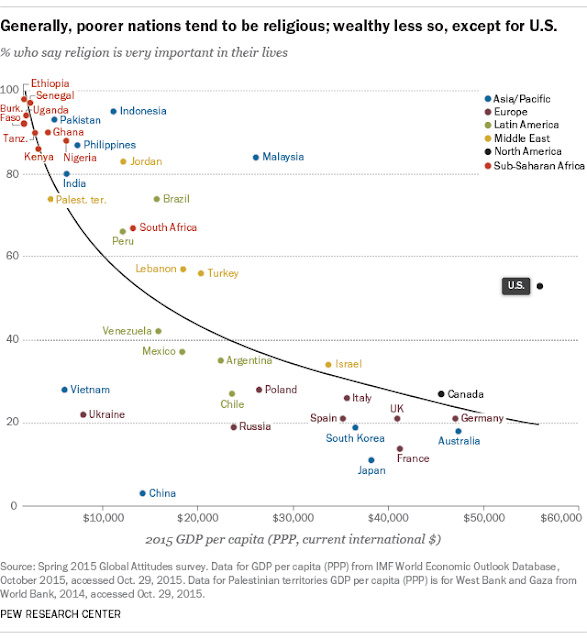 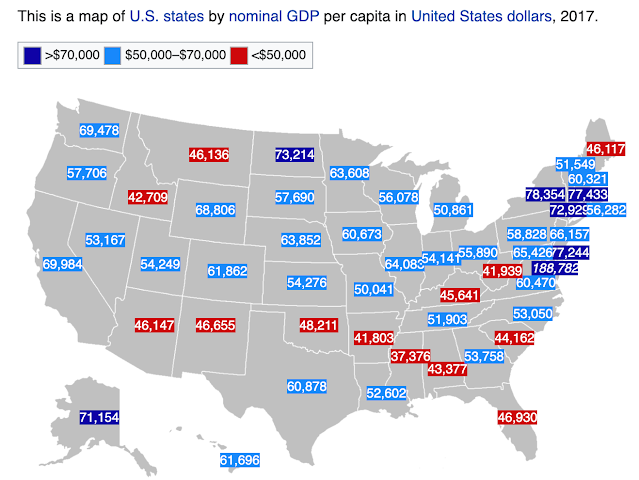