Internal Migration And Partisan Politics In The U.S. 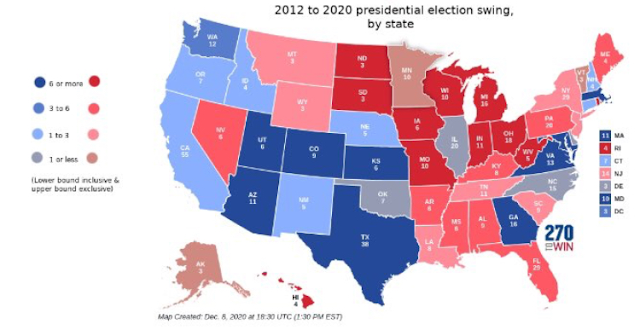 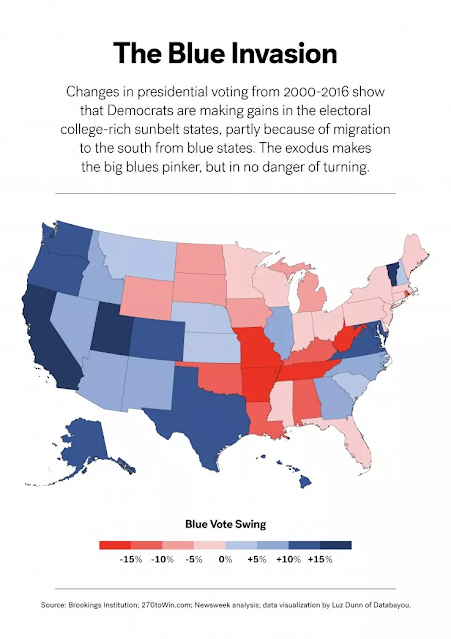 The shift is driven by demographics—what demographers call "generational replacement," urbanization, and increasingly, the migration of blue state residents to red states.

The source of the change appears to be apt and correct, although shifts in the character of the Republican party, which is shedding college educated whites and picking up whites without college educations, and the ongoing process of deindustrialization which drives both migration and changing political attitudes, also play a part.

* Utah and Idaho have trended blue consistently from 2000-2020. These may be very conservative states due to Mormon influence, but the Mormon idea bubble is different from the Evangelical idea bubble, there is residual New England culture embedding in Mormon culture, and Utah is a lot more urban and educated than the vast majority of red states.

* Texas, Nebraska and Kansas have trended blue consistently from 2000-2020. These are also definitely red states, but Texas needs to shift by only about six percentage points to flip. Kansas is more educated than most other red states.

* Virginia, Georgia and North Carolina are all trending blue, driven by metro DC, Atlanta, and the research triangle respectively.

* The Midwest, Deep South and Appalachia are trending red. So is Florida.