COVID-19 Drives Unemployment To 14.7% With Another 5% Temporarily Laid Off

The only other time in U.S. history that the unemployment rate has been this high was in the worst part of the middle of the Great Depression.

The jobless rate was pushed higher because 20.5 million people lost their jobs last month, the Labor Department said Friday, wiping out a decade of job gains in a single month. The staggering losses are roughly double what the nation experienced during the 2007-09 crisis, which used to be described as the harshest economic contraction most people ever endured. . . . Analysts warn it could take many years to return to the 3.5 percent unemployment rate the nation experienced in February. 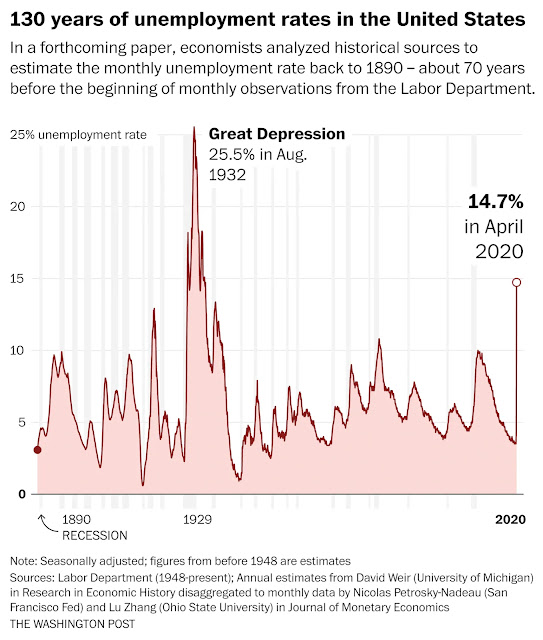 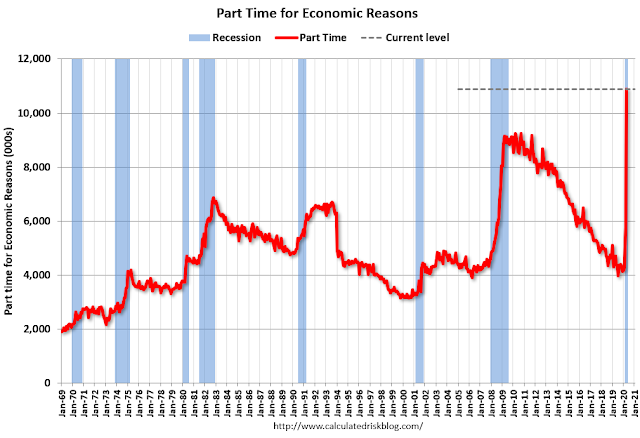 The April report was the worst monthly report ever in terms of job losses and the increase in the unemployment rate. . . .

"If the workers who were recorded as employed but absent from work due to "other reasons" (over and above the number absent for other reasons in a typical April) had been classified as unemployed on temporary layoff, the overall unemployment rate would have been almost 5 percentage points higher than reported (on a not seasonally adjusted basis)." . . .

The number of persons at work part time for economic reasons nearly doubled over the month to 10.9 million. These individuals, who would have preferred full-time employment, were working part time because their hours had been reduced or they were unable to find full-time jobs. . . .

[T]here are 939 thousand workers who have been unemployed for more than 26 weeks and still want a job. This was the lowest level since 2001, probably because many long term unemployed just gave up looking in April. 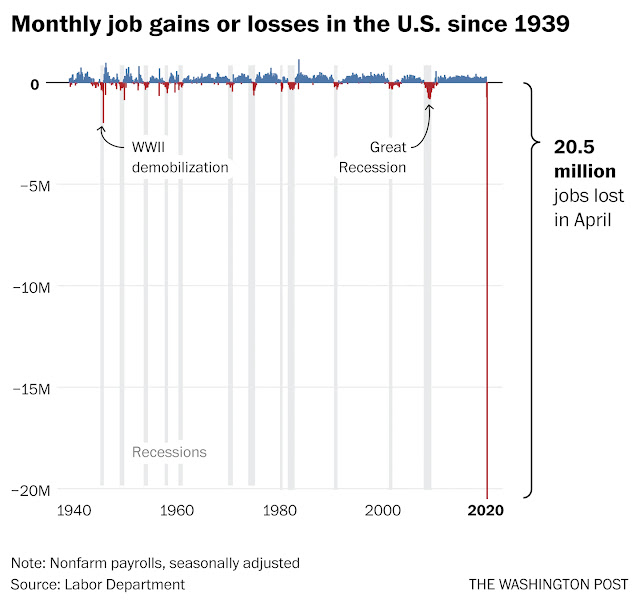 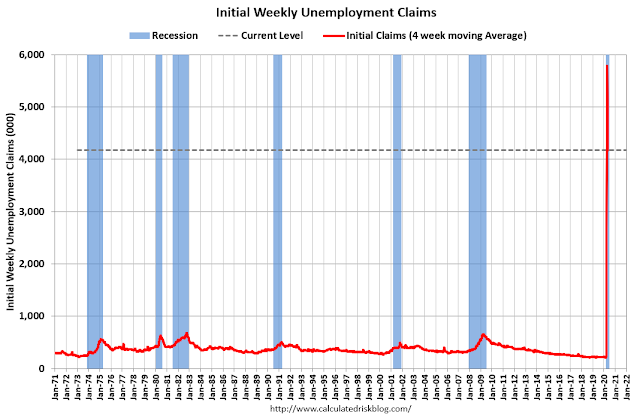 There have been 33 million unemployment claims in the U.S. since COVID hit, including 420,000 in Colorado.

At the worst of the Great Recession, continued claims peaked at 6.635 million, but then steadily declined. Continued claims have already increased to a new record high of 22.647 million (SA) and will increase further over the next few weeks - and likely stay at that high level until the crisis abates.