In life, Emily Dickinson was better known for her baking than her poetry (which she often composed on scraps of paper in the kitchen while baking). And, this one was one of her signature recipes. 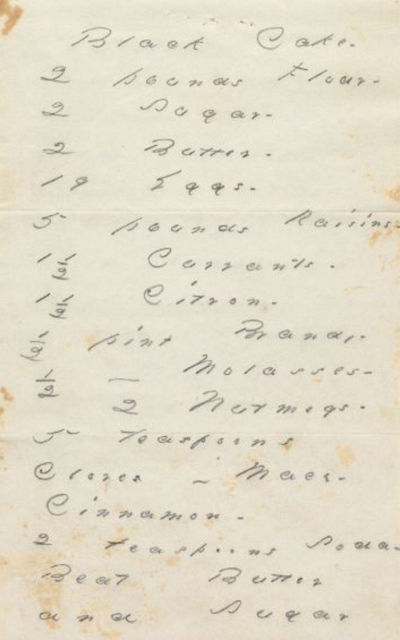 Beat Butter and Sugar together—
Add Eggs without beating—and beat the mixture again—
Bake 2½ or three hours, in Cake pans, or 5 to 6 hours in Milk pan, if full—

The Library of America blog notes that the Dickinson family had several “lawless cake” recipes, and that Emily’s father “would eat no bread except that baked by her.” All I have to say is that 19 eggs is lawless indeed. So is the fact that, once baked, but before the brandy was poured in, this cake weighed almost 20 pounds. NB: The Washington Postpublished an updated version of the recipe in 1995, apparently more suited for “20th-century palates.” That one only calls for 13 eggs.