The Demise Of The American Sedan, Station Wagon and Minivan 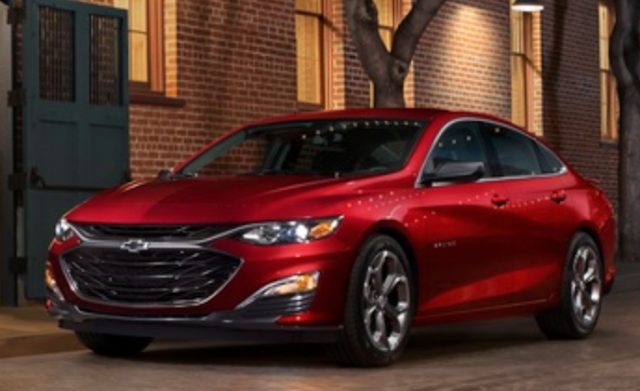 There are several muscle car and sports car models that remain: the Ford Mustang, the Chevy Camaro, the Chevy Corvette, the Dodge Challenger, the Dodge Charger, and the Fiat 124 (although the Italian branded Fiat 124 is simply a rebranded Mazda Miata).

There are plenty of affordable and luxury compact cars and sedans made by Japanese, Korean and German automakers available, of course, and U.S. automakers are still making plenty of pickup trucks and SUVs.

The only remaining Big Three automaker built minivans are the Chrysler Pacifica and the Chrysler Voyager (Honda, Kia and Toyota offer competition), and Chrysler, of course, is no longer an American automaker. (The Ford Transit Connect is basically a minivan as well, although it is marketed basically as a commercial vehicle.)

There are no remaining Big Three automaker built station wagons in 2021 models, although there are European and Japanese models.

(Note that Jaguar and Land Rover are now owned by Tata Motors, an automaker based in India, and have been since 2008.)


Ford announced that it was killing all of its traditional cars for the North American market back in 2018, and save for the Mustang, they're all gone. Ford Authority reports that Fusion production ended at Ford's Hermosillo, Mexico factory on July 31. The Hermosillo plant is now gearing up to build the Bronco Sport. As with the Fiesta and Focus, the Fusion will survive on in Europe and other markets, where it's sold as the Mondeo. Ford Authority says that Ford will replace the Fusion here with a Subaru Outback-style lifted wagon.

Ford confirmed today that the Lincoln Continental will be discontinued for North America after the 2020 model year. The news certainly isn't surprising given the Continental's meager sales figures, lukewarm critical reception and the fact that the Navigator has resoundingly entrenched itself as the brand's true modern flagship.

"The name will go back into the vault," Lincoln spokesperson Angie Kozleski told the Detroit Free Press. "It has a long and rich history. But production for this vehicle will be ending at the end of this year."

In an official statement, the brand said the decision was due to the continued decline of full-size premium sedans in the United States.

The Continental is built in Flat Rock, Mich., and dates back to 2017 when Lincoln resurrected the nameplate after a 15-year hiatus. The car itself technically replaced the unloved MKS in Lincoln's lineup, and although based on a well-received concept car, the actual production model failed to live up to the rather grand style statement that had been promised. The interior in particular was a letdown. Lincoln sold 6,586 Continentals in 2019; likely many of those were fleet sales. . . . Though it's dead in the U.S., the Continental will live on for 2021 in China, where its sales are in decline but not by as much.

The Lincoln MKZ, which is based upon the Ford Fusion, will be discontinued as well, leaving the Ford Mustang sports car as the sole sedan model left in the North American Ford-Lincoln lineup.

Ford doesn't even offer a compact hatchback in the U.S. anymore.

General Motors does still make sedans but not many. The Buick Regal, its sole current sedan in that brand, has been discontinued. The only remaining Big Three automaker's station wagon was the Buick Regal TourX which was also discontinued.

Chevrolet announced this week that it will end production of the Sonic later this year, closing the book on one of the few domestic-branded small cars on the market today. The move, coupled with the demise and non-replacement of the Cruze in 2019, leaves the Malibu and the Spark as the only budget-priced cars in General Motors' lineup while the Impala, whose sales have dropped by more than half since 2016, exited production at the end of February, leaving Chevrolet's U.S. lineup without a large sedan.

In the Chevrolet brand it offers to the Spark (a subcompact hatchback), the Malibu (a conventional mid-sized sedan), the Corvette (a convertible sports car),  the Camaro (a muscle car), and the Bolt (an electric compact hatchback car).

In the luxury Cadillac brand, it offers the CT4 (a small sedan), the CT5 (a mid-sized sedan), and the CT6 (a large sedan) models. It makes no sedans in its GMC brand.  The CT4 and CT5 are new models in the 2020 model year (replacing the ATS and CTS) and are likely to continue in production for several years at least.

Chrysler-Fiat isn't really an American car company anymore, but also has a slim line of sedans. It has none in its Jeep or Ram brands.

In the Fiat brand it makes the 124 (a rebranded Mazda Miata based convertible) and the compact hatchback 500L (the 500X, which is based on the Jeep Renegade, is considered a small SUV even though its styling is similar to the 500L).

There are rumors that the 2020 model year will be the last for the Chrysler 300:

Since 2018, reports have claimed the Chrysler 300 will cease to exist following the 2020 model year. While it’s sad to see this iconic sedan disappear, it hasn’t seen a significant update since 2011 and is more than ready for the retirement home. Chrysler recently unveiled the 2020 300, and its lack of fanfare for its rumored final model year is shocking.

The Challenger is reputed to be planned to stay in production through at least the 2023 model year.
Posted 11:02 AM
Email ThisBlogThis!Share to TwitterShare to FacebookShare to Pinterest
Tags: Automobile Industry, Economics

Sputes (or Spewts) are popular because they are tiny penis compensation vehicles.

Kamala Harris wouldn't be my first choice and doesn't deliver any swing states, but it may defuse soft on crime attacks that could otherwise be launched and she's certainly competent enough. Also the first black female on a major party Presidential ticket and the first Asian American on a major party ticket.

Rumor has it that the Chevy Spark is being discontinued with 2021 as its last year. https://thenewswheel.com/chevrolet-spark-reportedly-the-next-model-on-the-chopping-block-for-chevy/