Reducing The Size Of The Federal Criminal Court Docket

Suppose that you are concerned about federal judges whom you disagree with ideologically, and federal executive branch law enforcement, which you don't trust.

One way to mitigate this concern is to narrow of scope of things that the federal courts are responsible for addressing. On the civil side, which I have discussed in several previous blog posts, the primary way to do this is to narrow the civil jurisdiction of the U.S. District Courts.

On the criminal side of the docket, the way to do this is to repeal federal crimes that are also state crimes, where feasible without substantively decriminalizing some important kind of criminal conduct entirely (where decriminalization doesn't make sense on substantive grounds anyway).

The single most commonly charged offense is illegal reentry by an alien which accounts for 27.5% of all federal criminal defendants. Like all immigration offenses, it has no state law equivalent, but there is no really compelling reason to make this offense a crime, rather than simply making it an administrative immigration matter that is a grounds for deportation and for denial of future immigration benefits. Improper entry by an alien accounts for just 0.6% of all federal criminal defendants but is another unnecessary federal immigration crime.

There are some basically irreducible components to the federal criminal docket. One is that felonies committed in Indian Country (i.e. on Indian Reservations) are prosecuted in federal court, rather than in state courts or in tribal courts (although a separate federal court system for felonies committed in Indian Country akin to the "local" courts of U.S. territories like the Virgin Islands and Guam could be and probably should be created). The other is that all crimes committed in certain federally controlled territories (e.g. National Parks) are prosecuted in federal court, even petty crimes like traffic offenses.

This still leaves many federal crimes that are easily repealed and left to state and local authorities (with the estimated impact on the federal docket): Most federal homicides (0.1%), bank robbery (0.6%), kidnapping (0.2%), most racketeering offenses (0.6%), theft and embezzlement from banks and financial institutions (0.1%), many federal fraud offenses (0.7%), pornography offenses (1.7%), and all intrastate drug offenses (25.5%), for example, could be repealed.

Combined with a significant (roughly 51.9%) reduction in federal civil dockets by simply repealing 28 U.S.C. §§ 1331 (general federal question jurisdiction) which accounts for about 18.4% of cases that don't have an additional specific jurisdictional basis, and 1332 (diversity jurisdiction) which accounts for 32.9% of civil cases filed in federal court), these straight forward reforms could greatly reduce the importance of the federal courts (prisoner's petitions would make up about a 39% of the remaining cases), thereby decreasing the stakes in federal judicial appointments below the U.S. Supreme Court level.

In greater detail, the federal district court criminal docket is as follows: 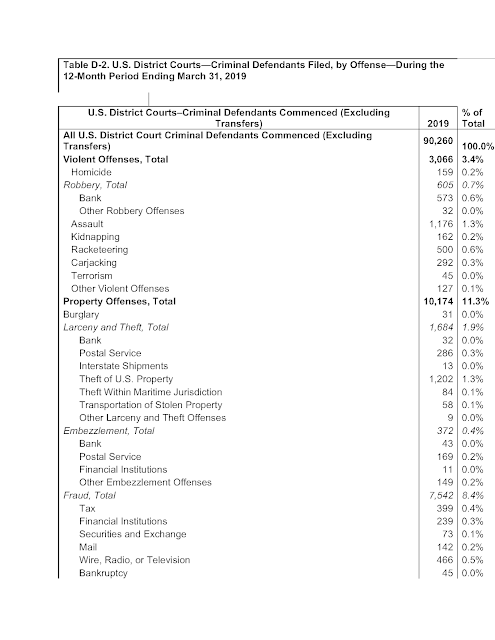 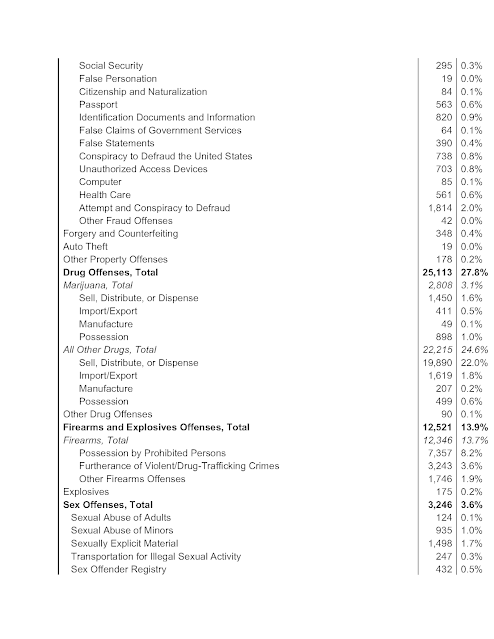 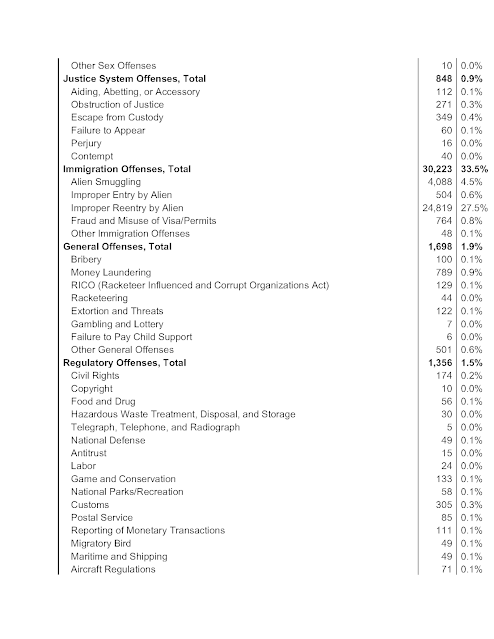 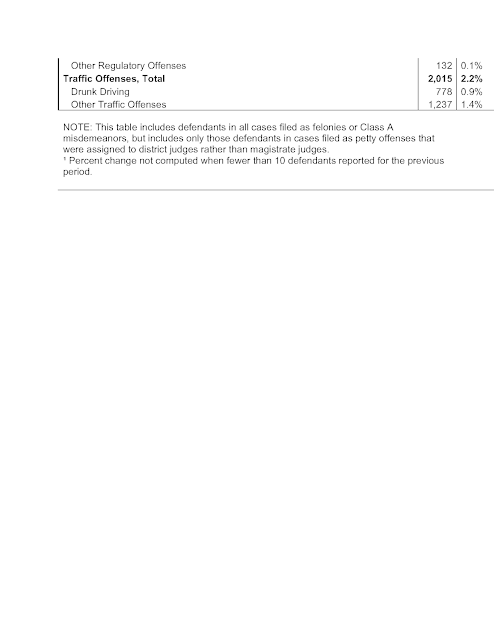