Where Do Our Federal Tax Dollars Go?

A simple summary of where our federal tax dollars go is found here.

Defense and security: In 2007, some 22 percent of the budget, or $590 billion, went to pay for defense, homeland security, and security-related international activities. . . .

Safety net programs: About 9 percent of the federal budget in 2007, or $254 billion, supported programs that provide aid (other than health insurance or Social Security benefits) to individuals and families facing hardship. . . .

As shown in Figure 2, the remaining 18 percent of federal spending goes to support a wide variety of other public services. 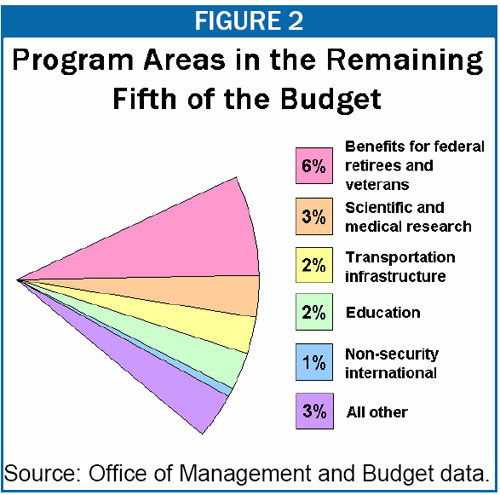