A Nepalese man with an ill child went to a local holy man who told the man with the ailing child that a human sacrifice of a boy was necessary to save the ill child. A ten year old boy was lured away and then kidnapped for the purpose. The human sacrifice ritual was carried out.

Three days later the missing boy's body was found. Local police say that five men have confessed to participation in the crime, and six more, including the holy man, have been arrested in connection with the crime. Life sentences are possible under Nepalese law.

CNN (at the link above) provides the following context for the killing:


The village, in the Nawalparasi district bordering India, is home to some of the country's poorest and uneducated people -- often known as "untouchables" in the traditional caste system. Both the victim and the accused in this recent killing are from this social class.

Superstitions such as the sacrificial slaughter of animals such as water buffaloes, goats and chickens are common among the country's mainly Hindu population. The ritual killing of animals during the Gadhimai festival -- celebrated every five years -- takes place in the belief it will bring prosperity.

"(It's) very unfortunate what happened," said Hari Prasad Mainai, Nawalparasi's chief district officer. "From the government level, we are going to launch (an) awareness program against these superstitions in the villages of Nawalparasi district." 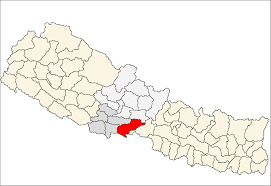 * We still live in "a demon haunted world", to use Carl Sagan's words.

* Most deaths related to religious belief involve either denial of health care because of a belief that religious cures will suffice, or the executions or lynchings of suspects maleficent witches or sorcerers in the name of Muslim, Christian or animist belief systems.  Ritual sacrifice claims in the last few centuries or so have almost always been false, or the work of isolated mentally ill serial killers.

* It is notable that this ritual sacrifice was carried out with an intent to heal, rather than an intent to harm others, and was not a produce of any manner of Satanism.

* The apparent ready confessions of the many people involved is notable, although there may be more to the story to explain how they were obtained.  Still, it is often the case that people acting in what they felt at the time was a righteous manner, be it at the direction of a holy man, or in furtherance of a cause such as terrorists, often do confess.

* This case is one of many that establish that Hinduism as practiced, is not all peace and love, and has its brutalities.

* The fact that the individuals involved on all sides in this incident were Dalits probably helps to explain the swift and sure law enforcement action to punish those involved.  There may even be an element to this prosecution that punishes a caste-less holy man for the hubris of pretending to do a Brahmin's job.  It is not obvious that similar acts by more socio-economically established people who be handled the same way (although it might be that higher caste individuals would not have done it.)