The Ideological Remaking Of The Republican Party

The 2016 election has been a powerful example of how partisans change their views to match the public statements of their standard bearers, instead of the other way around. Republican attitudes about a variety of issues have swung dramatically this year in the direction of President-elect Trump's public statements. 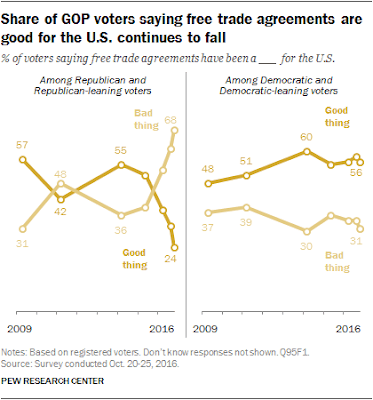 From Pew via Fully Myelinated.

This chart should be right at the top of the list of demonstrations of how powerful partisanship is and how shallow popular attachment to policy positions can be.

Two years ago, there was almost no partisan difference between Democrats and Republicans on the question of whether free trade agreements are good for the United States.

Since then, largely due to Trump's strong anti-trade campaign, the Republican support for free trade has gone from 55-36 to 24-68, a roughly thirty percentage point swing.

This isn't by any means the only issue upon which Republicans have changed their opinions either. 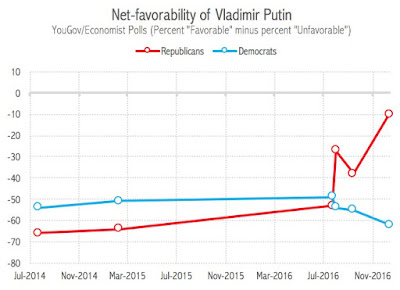 Republicans are also overwhelmingly convinced that Trump's election will be a godsend for the economy, while Democrats and independents are decidedly more glum. 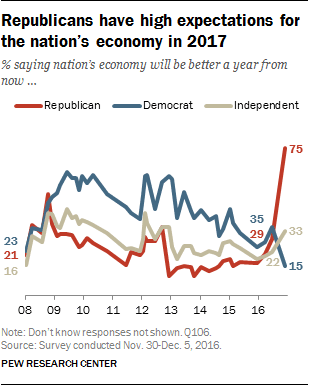 And, Republicans are now huge fans of the Electoral College. In 2012, 54% of Republicans wanted to abolish it. Now, that has fallen to 19% (a 35 percentage point drop). 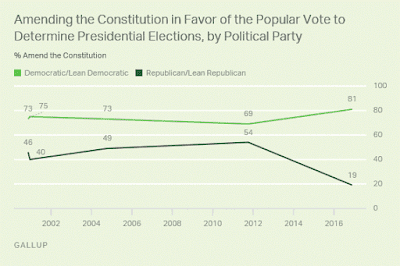