The Sanders campaign numbers from yesterday were with 40% of precincts. The official numbers via CNN today (final count) are were 62% of precincts counted. 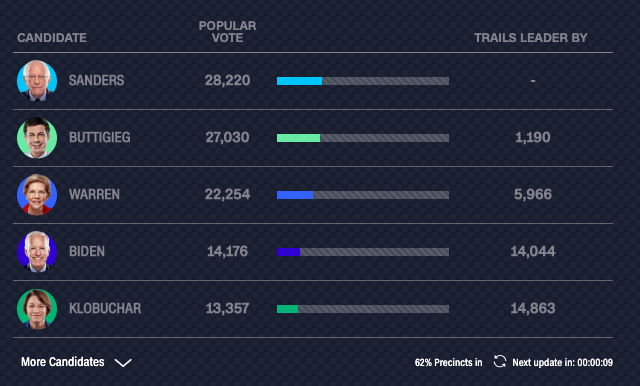 State delegates based upon the same number of precincts are below (apparently Buttigieg votes are distributed in a manner that gives him an edge over Sanders in terms of delegates despite having fewer votes): 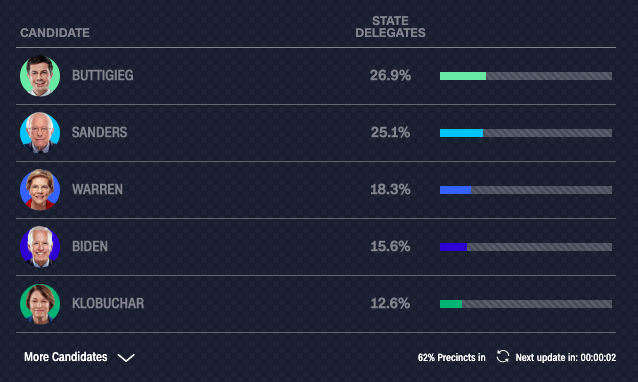 Either way, Biden is in fourth place, which is a very poor showing for a supposed front runner in a state where he should be particularly strong.
Posted 9:01 PM
Email ThisBlogThis!Share to TwitterShare to FacebookShare to Pinterest
Tags: 2020 election