The voting age population of the U.S. is about 257.6 million, but only 239.2 million are eligible voters. Who can't vote?

The mix of disqualified voters varies considerably from state to state. 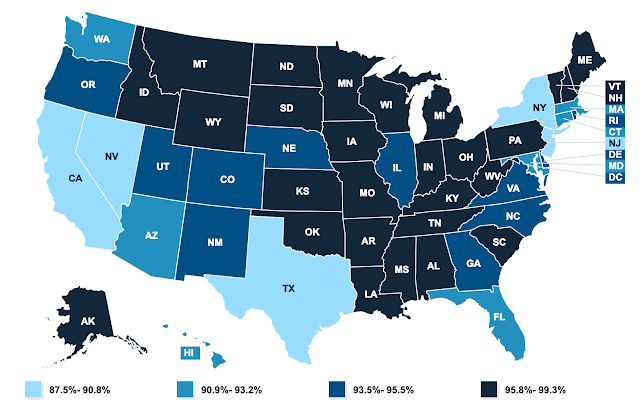 Citizens as a percentage of the population

More than 10% of the voting age populations of California, Florida, Nevada, New Jersey, New York and Texas are non-citizens.

This is surely a gross underestimate because eleven states (Alabama, Arizona, Delaware, Florida, Iowa, Kentucky, Mississippi, Nebraska, Tennessee, Virginia and Wyoming) disqualify felons who have fully served their sentences to at least some extent. This is underestimated by about 1.9 million according to this source. This brings the total number of eligible voters to 237.3 million. 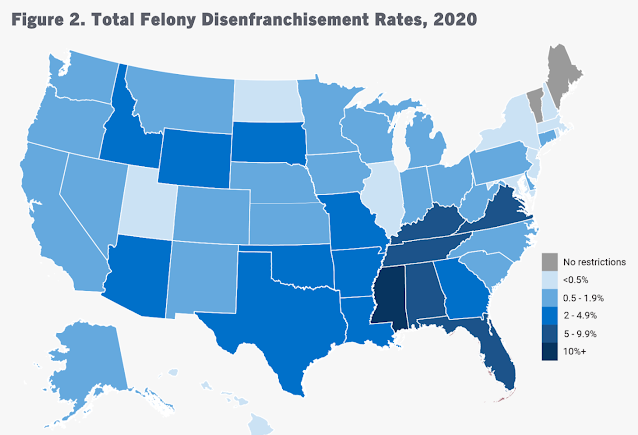 People overseas who would otherwise be eligible to vote: 5.0 million. It isn't clear if this does or does not include Americans in Puerto Rico, U.S. Virgin Islands, American Samoa, Guam, and the Northern Mariana Islands (collectively about 3.6 million people).