Most unmanned aerial vehicles in the military are used for reconnaisance. Armed Predator drones are the exception that proves the rule, at this point, and even they spend most of their time observing rather than shooting their missiles.

How much do UAVs cost? 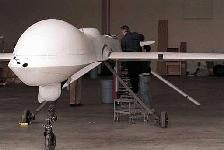 (Hellfire missiles cost about $100,000 each and a Predator UAV can carry two).