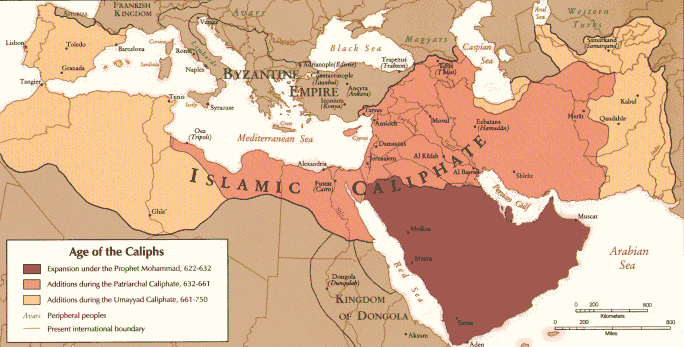 Sometimes political and religious change is remarkably swift, as in the rapid rise of the Islamic Caliphate (darkest color as of 632 CE, the next portion a generation later, and the lightest part as of 750 CE).

It is also worth noting the similarities between the 750 CE boundaries of the Caliphate and the modern distribution of the Kurds.

The boundaries of the Byzantine Empire in Asia Minor (i.e. modern day Turkey) were much the same in 1025 as they were in 867. The Byzantines eventually succumbed to the Ottoman Empire. Most of Asia Minor was lost by 1071, but the later conquered Byzantines apparently remained culturally distinct from the Kurds who came to Islam three centuries sooner. 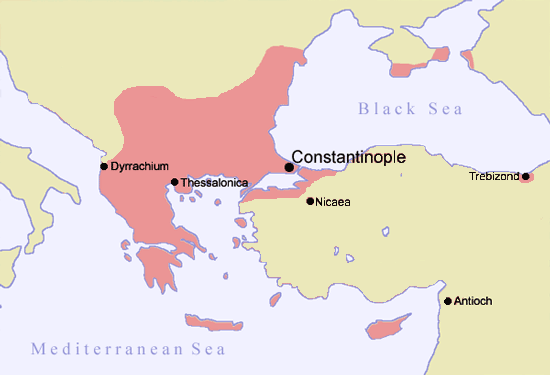 The remnant Byzantine Empire was wiped out in 1453 with a sack of Constantinople (following an earlier one by Western Christian Crusaders in 1204 that by 1261 had reduced the Byzantines to a tiny kingdom surrounded by the Ottoman Empire).
Posted 5:21 PM
Email ThisBlogThis!Share to TwitterShare to FacebookShare to Pinterest
Tags: History, Religion