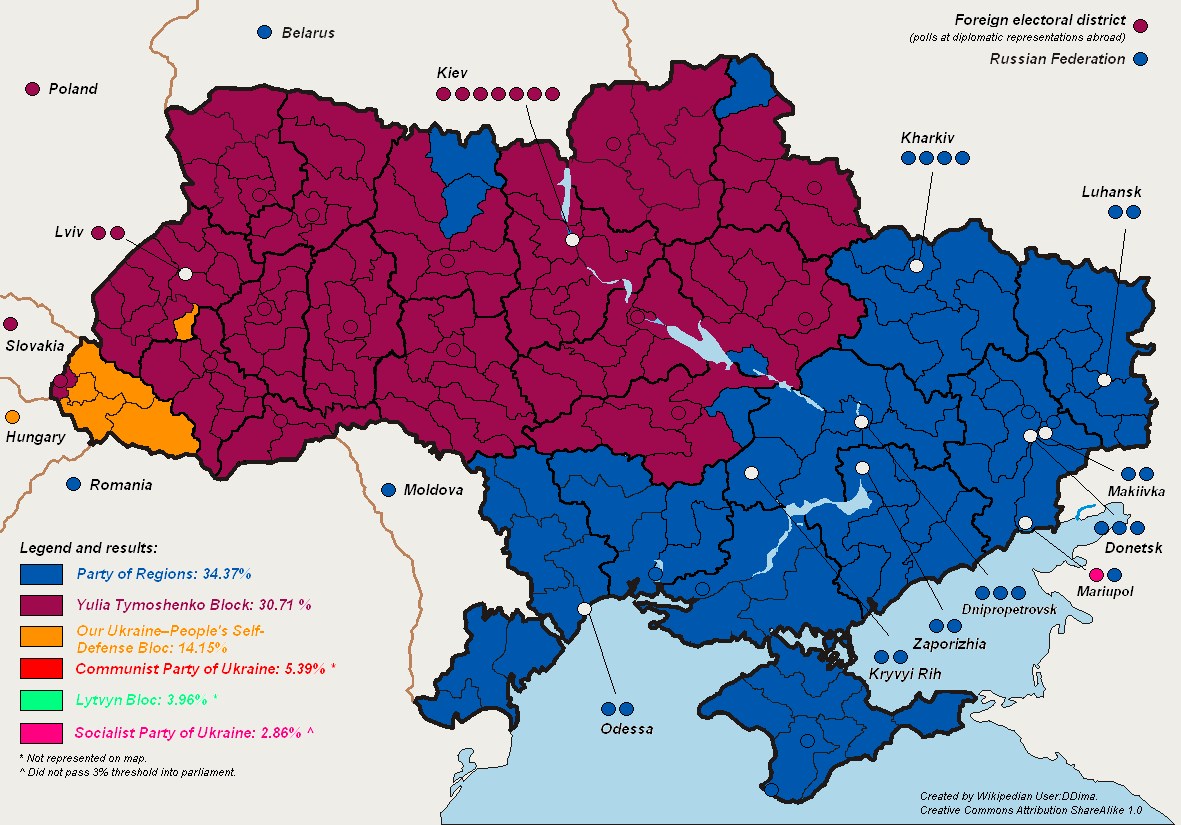 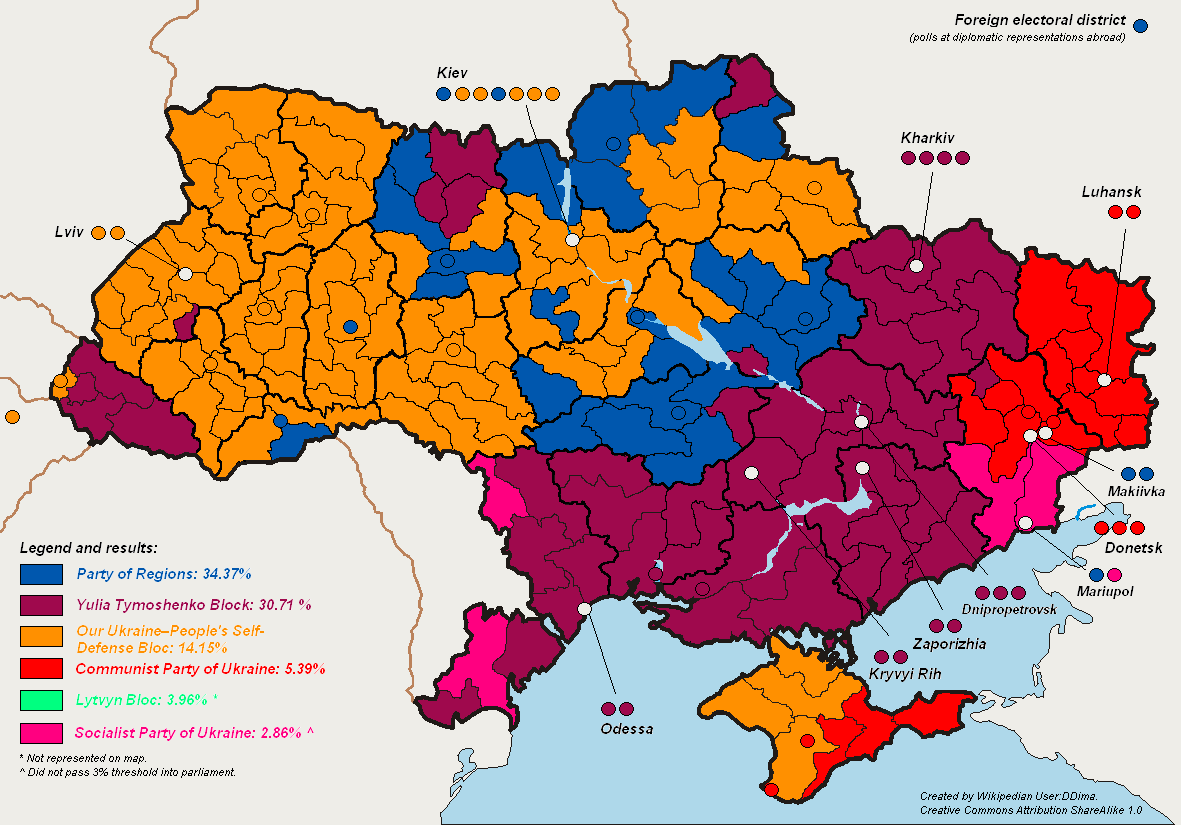 Negotiations over a governing coalition, supervised by the Orange aligned President, may be tricky. According to Wikipedia:

Following announcements of preliminary election results, the parties expressed their position on forming the coalition. The Party of Regions announced itself a winner of the election, and stated that it started negotiations on forming a ruling coalition. The party did not express the desire to be in opposition. Tymoshenko's Bloc is advocating for a coalition with Our Ukraine, and probably Lytvyn's Bloc. Tymoshenko is strongly against any coalition with Party of Regions or Communists, and if such coalition is formed, Tymoshenko stated the Bloc would be in opposition. The President Yushchenko expressed the need to regulate better the relationship between coalition and opposition, providing to opposition posts in the parliament and in the government. Lytvyn's Bloc received proposals from all top parties on forming a coalition. Leaders of the Bloc stated that their decision will be made at Bloc's assembly.

It is expected that the Yulia Tymoshenko Bloc and the Our Ukraine–People's Self-Defense Bloc, which is associated with President Viktor Yushchenko, will form a governing coalition. Both parties are affiliated with the Orange Revolution.

By law, the parliament requires two thirds of deputies to be active. This means that if any of the two largest parties walk away, the parliament would become illegitimate.

Parliamentary systems differ on whether the party winning the largest number of votes should be allowed to put forward a minority government, and Ukraine's system is to young to have established traditions on this point. The prospect of a walkout by either of the two largest parties is also troublesome.
Posted 9:35 PM
Email ThisBlogThis!Share to TwitterShare to FacebookShare to Pinterest
Tags: Ukraine