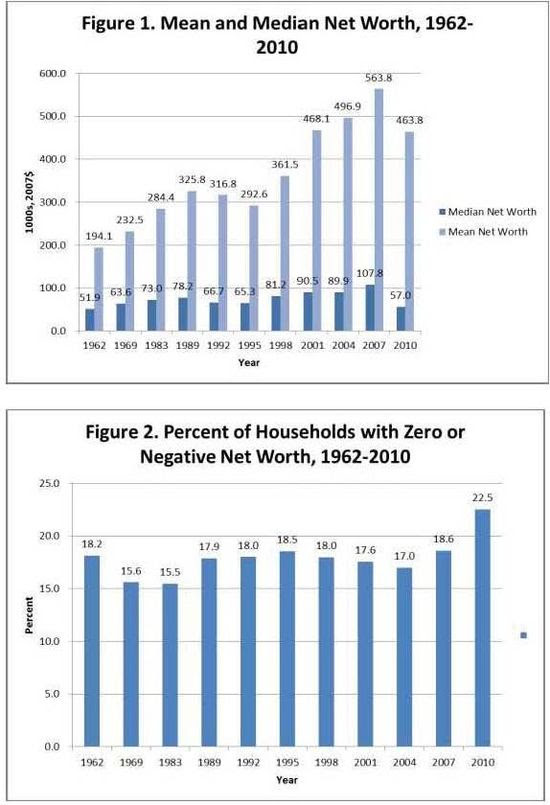 In the wake of the financial crisis, the percentage of Americans with zero or negative net worth (22.5%) has reached the highest level, by a large margin, since records have been kept in 1962.

The median net worth in real dollars has fallen below that of 1969, to $57,000, a 47% decline that wided out more than forty years of progress.  Mean net worth, which is heavily weighted towards the more affluent took a much more modest 18% hit and the percentage hit of the more affluent, ignoring the deep net worth reductions experience by the middle class, is a bit more modest still.  The affluent have been set back only a decade.

Hispanics and young households led by people under the age of forty-five years were particular hard hit.

The decline in wealth is despite a twenty-five percent decline in average middle class debt.  Many members of the middle class are no longer home owners or have had home equity wiped out and downsized into new homes worth much less with little equity.