It isn't unusual for the engineers who design military equipment to reference science fiction.  For example, a whole line of sniper detection devices used by the U.S. military have names that reference the science fiction/western hybrid series Firefly.  But, some defense industry engineers from China have taking the imitation of science fiction meme to a whole new level. 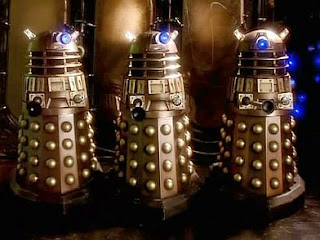 Daleks from the British Science Fiction comedy "Dr. Who". 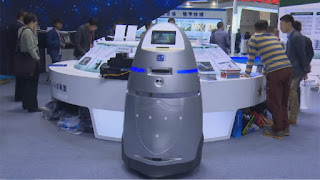 
Edward Snowden, the U.S.’s most famous whistleblower, tweeted of the Anbot from Russia: “Surely this will end well.”

The Anbot will have either a Taser or electric cattle prod and will be used for guard duty, routine policing and riot control.
Posted 9:34 AM
Email ThisBlogThis!Share to TwitterShare to FacebookShare to Pinterest
Tags: China, culture, Humor, Military, Technology