The Drone That Changed The Balance Of Naval Power 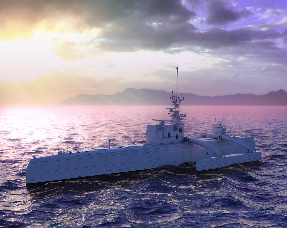 The most important military technology development, arguably in the last several years, is a $20 million drone ship that can find coastal submarines at an affordable price, which just entered service (see also DARPA and Wikipedia web pages on this drone ship). According to Wikipedia, it can operate autonomously for 60 to 90 days at a time, and the "vessel is 132 ft (40 m) long, weighs 140 tons, and is expected to cost $15,000–20,000 to operate per day, compared to $700,000 per day for a destroyer." It would be used in coordination with air based reconnaissance drones such as the MQ-4C Triton (which cost about $183 million each).

A mine hunting version is also in development, which matters because a Littoral Combat Ship based mine hunting drone project was a bust and the U.S. sold many of its mine hunting ships to other countries before it had a replacement in place.

Since the Falklands War in 1982, at least, it has been clear that in a fight between a submarine of any reasonably modern kind and a surface combatant (even a state of the art one), the submarine wins the lion’s share of the time. Yet coastal submarines (the Scorpene, which costs about $450 million, is typical of the low end of this class of submarine, as is the Russian Kilo-class which China paid about $250 million each to buy) can be quite inexpensive. This makes it possible for countries with large submarine fleets like Russia, China, North Korea and Iran to wipe out most local ships in the U.S. surface fleet.

(Of course, submarines aren't the only threats to surface combatants. They must contend with inexpensive but lethal missile boats possibly in "swarms", new hypersonic anti-ship missiles, and attacks with anti-ship missiles launched from enemy aircraft, as well, are easily to target since they are large and slow, and can't outrun any of these threats. Indeed, the last time a U.S. naval ship destroyed another ship was in a duel with an Iranian missile boat 38 years ago on April 18, 1988.)

Existing ships and submarines for anti-submarine warfare (ASW) are very expensive: $1,843 million each for 1991 design Arleigh Burke class destroyer, about $2,688 million per Virginia class attack submarine, $4,000 million for a Zumwalt class destroyer, $12,900 million for an aircraft carrier (aircraft not included), $500 million for a Littoral Combat ship (once mission module costs are included) (which has had a variety of growing pains as this new class of ship has entered service) and $575 million for its "Small Surface Combatant" successor.

(The Navy has retired the last of its 1979 design Oliver Hazard Perry frigates in 2015, and it has been phasing out its 1978 design Ticonderoga class guided missile cruisers 22 of which remain in service at this time.  The last 1975 design Spruance class destroyer was retired from service in 2005.)

You can buy one submarine tracking drone ship for every coastal submarine in bad guy hands on the planet for less than the cost of one Zumwalt class destroyer.

These submarine tracking drone ships make the difference between coastal submarines being an existential threat to the world’s surface warships, and coastal submarines being a very manageable problem. Once you know exactly where a submarine is, it is comparatively trivial to destroy that submarine with current anti-submarine missiles which can be launched from a P-8 Poseidon patrol aircraft (a modified 737) (at a cost of $257 million each plus ordinance costs, an option favored by the British military and the Australian military. while Japan has a comparable aircraft of its own), or a destroyer, or a helicopter, or a fighter aircraft, or even an armed drone in the not so distant future.

The drones don’t eliminate the threat from long range deep water submarines that make up a lot of Russia’s fleet and a little of China’s fleet, but other drones make even these submarines significantly easier to catch.
Posted 1:26 PM
Email ThisBlogThis!Share to TwitterShare to FacebookShare to Pinterest
Tags: Economics, Military, Technology