The Political System Of The United States is Broken: Why Is It Breaking Down 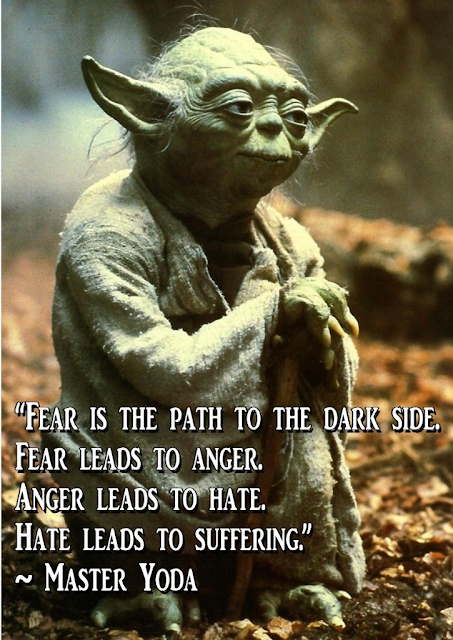 In my previous post, "The Political System Of The United States is Broken: Where Are We Now", I sketched out the institutional context and how its main pieces interact with each other.

Our Politicians Have Little Common Ground

Some important things have changed over the last fifty to sixty years or so, some of which have become particular clear and manifest recently, that are getting in the way of the effective functioning of this 231 year old political system.

Our election system, electing candidates from single member districts, primarily based upon plurality votes in two party general elections, following partisan primaries in one of two major political parties naturally favors the creation and maintenance of a two party system in any one geographic region, and a two coalition or two party system at the national level.

But, for much of our history, the two leading political parties have not both been very ideologically pure.

Now, however, as our society is increasingly divided culturally and economically along a major partisan fault line and other secondary fault lines, after an extended period of realignment in which the Democratic party and the Republican party basically traded places on the politically ideology spectrum, our political parties, in a reflection of an underlying genuine division of the American people have become very ideologically distinct. Yet, voter participation and political awareness is very high, with voter turnout setting new records in 2020.

For the first time in decades there is not a single Democrat in Congress, not even Joe Manchin with an overall more conservative voting record than a single Republican in Congress.

There are clear geographic divisions between the parties. Rather than being spread homogeneously and more or less randomly across the United States, there are lots of counties that are dominantly Democratic and lots of counties that are dominantly Republican and not very many counties where the two political parties are evenly matched and interact a lot in the same geographic places.  Higher population density places tend to be Democratic, while lower population density places tend to be Republican. Democrats and Republicans literally live in different worlds.

Democrats and Republicans get news about the outside world from different sources and don't agree on which sources are authoritative and trustworthy.

Democrats and Republicans are to a substantial extent racially and ethnically distinct from each other. Often they speak different languages or dialects from each other. They differ greatly in mix of ages.

The percentage of people who see it as a problem for a child to date or marry someone from another political party is at a record high. They tend to have very different experiences with the institution of marriage and the practice of parenting. They differ somewhat in gender and marital status.

The Divisions Weren't Always So Deep

The divides between the worlds and experiences and identities of Democrats and Republicans are more cleanly and deeply different from each other than almost any time in the last hundred years.

The big events of prior eras, like the Great Depression and World War II, the Baby Boom, the post-war economic boom that extended to a huge demand for low and moderately skilled blue collar workers, and the early years of the Cold War, had a practical effect of putting Americans all in the same boat with many shared experiences that provided a basis for finding common ground.

But slowly but relentlessly since the 1970s or so, the common ground has unraveled and the divides have deepened. Our economy has grown more divided, more unequal, and less shared in prosperity, more education dependent, more ethnically and racially diverse, and has incorporated women in a profound reworking of their role in our society. We have fewer children. We have gone from a nation of predominantly mainline Christians and Jewish communities shoehorned into a community model similar to that of Protestant Christianity, to a nation with a critical mass of non-Christians, an increasingly extremist Christian right, and a demographically collapsing mainline Christian center. Intermediate institutions of civil society from in person religious participation to unions to civic clubs to in person hobbies like bowling leagues to extended family ties have withered in the face of a need to devote more time by more members of the family to work and the need to focus on caring for nuclear family of the very closest extended family ties to former nuclear family members.

Men without college educations have seen half a century of declining economic fortunes shared at whole community levels as farming has consolidated and the farmers who remain are receiving 40% of their income from government subsidies (in addition to other rural subsidies) and as industry has automated and off shored. Educated elites have captured the lion's share of a half century of economic growth and become much more prosperous in a way that has influenced their world views, values, faith and culture.

After a brief period driven by pent up demand of high rates of divorce, our society has bifurcated into a liberal economic and socio-economic elite that marries late, has small numbers of children in wedlock and stays married at rates not seen since the Baby Boom. But an economic and socio-economic underclass that has children before marrying if they marry at all, has unstable partner relationships and fragile short lived marriages that is divided between a racial minority subclass that is more liberal and a white Christian subclass that is more conservative and longs to regain their the higher status, simpler times, and comfort of their parents and grandparents.

Blue county people live comfortable lives and can afford to be unselfish, rational, and think about needs beyond their own. Red county people are living disordered lives of despair in which system that doesn't work for them. They feel that they can trust no one but God, and see a look out for themselves.

We Can't Turn Back The Clock

We are no longer a nation of securely married middle class Methodists living in suburban tract homes and working at union jobs in big factories with lots of spare time for family and civic activities, and wives at home taking care of many children who all attend public schools, who all speak English and look the same, and have grandparents on a farm.

There is no possible future for the United States that looks like that, no matter how hard we try to restore it.

In a nutshell, common ground between two Americas has disappeared, which makes governing a nation that requires high levels of bipartisan consensus expressed through their political representatives to function at all, and even more to adapt to change in any significant way, is exceedingly challenging.

If we don't change, dramatically and rapidly, we are headed for failure modes, even in the absence of COVID-19, the economic shock it has caused, climate change, racist police violence, and an immigration system that doesn't work.

The January 6, 2021 storming of the Capitol, and the entire insanity of the Trump Presidency was a wake up call. So way the fact that nearly a third of the Republicans in the House and nearly a fifth of the Republicans in the Senate voted to not recognize the certified electoral votes from the 2020 Presidential election. The craziness of Texas and Mississippi suddenly abandoning all COVID-19 prevention measures this week at a critical moment is another sign. Our cumbersome, inertia ridden 19th century political system won't survive our emerging division and loss of consensus, and Joe Biden's good will nostalgic for the comity of another era when we had more in common won't either.

I don't have solutions in this post. But I do think that this post comes close to identifying some of the deeper roots of our woes and that by this rectification of names and improved identification of the problem, it might be possible to identify solutions that could actually work.

REMA reëducation camps are the answer.