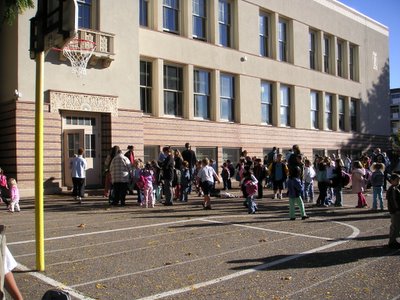 I sent in the application to sign my youngest child up for kindergarden last month. My dealings with baby gear are now confined to trying to sell the stuff too heavy to ship to friends and family, via a classified ad or e-Bay (an effort on Craig's List proved a failure). [Anyone interested in an almost new crib with mattress, portable play pen, high chair, or battery powered swing for a reasonable price is urged to send me an e-mail. FOB Wash Park Prophet's garage.] But, the recent birth of a nephew, a two year old's birthday party, and a vertiable baby boom among friends and more distant family, as well as a response to my recent post on WIC and breast feeding have conspired to make me to reflect and what purchases were and were not necessary in our baby years.

We were a family that had the luxury of allowing my wife to stay home with the children for both of our children for an extended period, whihc permitted her to breast feed for not just the six months recommended by the pediatricians, but in fact, the full time necessary until they could subsist on solid food. This also allowed her to make the overcooked vegetables and spend time to cut up larger bites of food.

As a result, we used maybe two or three cans of baby food for the two children combined and could have done without them. We also made essentially no use of bottles or breast pumps (and I don't feel any lack for not "participating" in feeding the babies in the middle of the night). We skipped pacifiers, because they can encourage unpleasantly firm biting in breast feeding. And, while we had perhaps a dozen little packets of the lotion (all free samples) that advertises itself as being useful for soothing a breast feeding mother's skin from chapping, we used perhaps a third of a packet.

We got a baby bath, but we didn't use it more than once or twice, if at all. By the time they were too big for the sink, they were big enough for the regular bath.

The wireless intercom proved useless. Our homes have always been "not too big" and our babies always had an ample ability to make a racket that could be heard throughout the house when they needed attention. The little gate we bought to seal off doors or hallways never proved strong enough to stop our babies, and so also ended up not being used. 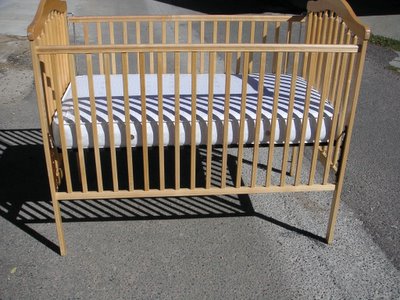 We did use fine wooden crib we bought briefy for our first child. But, we never used the cushions that padded the sides, out of fear that our baby might get tangled in them and suffocate, and the babies never seemed very interested in the mobiles we got to adorn it either (although they loved the music that one of them could be wound up to make). Our second child preferred the portable play pen to the crib for some reason, so it wasn't used at that point. 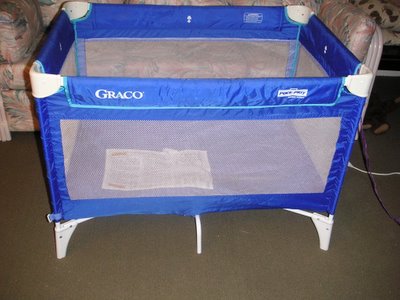 The rocking horse only got light use, although they did play with it. But, the automated swing was indispensible for a while. 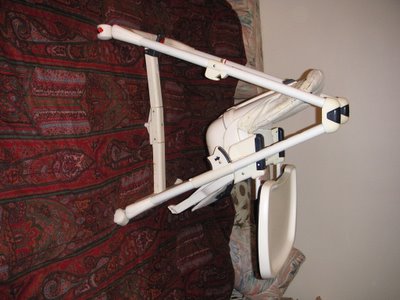 This isn't to say that we bought nothing, or that everything we bought was useless. Children have all sorts of clothes and toys and books and other gear, even if you keep it simple, and the armoire that we bought to hold all of that stuff has never been empty and is still heavily used now. Disposable diapers, disposable wipes, a portable changing pad were invaluable, as was the diaper bag that they were carried in. We could never figure out how to use our diaper genie, however, and so we used more conventional trash cans.

Car seats, of course, were absolutely necessary (indeed, they are the only piece of baby gear that you are required by law to own.) The strollers, too, received heavy use, as did child sized blankets used for both bed and stroller trips. Indeed, we needed several -- a light one for travelling, a heavier one for rougher urban terrain, and later a double jogger when we had two children -- the better ones were worth it because they didn't break. We tried various kinds of baby carriers (a hip sling, a guerney that carried the baby frontward facing and a backpack among them), but settled on just one (the backpack). 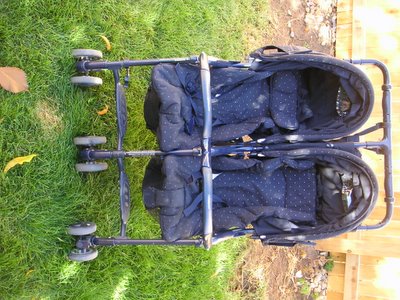 We bought all sorts of child proofing gear, but ultimately we settled on using it for just two base cabinets, the liquor cabinet and the one that housed our cleaning supplies. This was probably a good move. The ability to get into the cabinet with the much more interesting pots and pans kept them from getting too determined about the more dangerous cabinets which I'm sure that they could have made their way into had they really tried.

A solid high chair proved useful, although the table mounted one kept falling off. 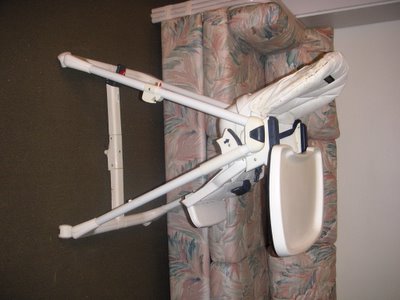 Overall, the impression I was left with is how little gear it actually takes to raise a baby, although, of course, they don't remain babies forever and a stay out home breast feeding mom is key to this equation. Sometimes, less is more.
Posted 8:40 AM
Email ThisBlogThis!Share to TwitterShare to FacebookShare to Pinterest