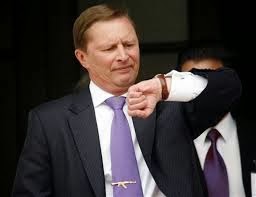 A few days ago I went to the Cherry Creek Mall in Denver looking for a finishing touch for a Halloween costume, a tie tack. At least one store there, Macy's actually sells them (far too expensive at $25 and up, for Halloween). But, at myriad other retail establishments in the mall, I was met with rare moments of stupefaction and utter wonderment. No one had any idea what I was talking about and couldn't even imagine what sort of creature it was. I felt like I was walking around an 18th century market asking for a carburetor.

Admittedly, not many people wear tie tacks any more.  But, I would think that someone would know what one was.  My wife knows what one is and I'm sure that most of my peers would (I think).  Proof that I'm getting old?
Posted 3:08 PM
Email ThisBlogThis!Share to TwitterShare to FacebookShare to Pinterest
Tags: culture, personal reflections

Wait until you start yelling at kids to get off your lawn.

First, I have to have a lawn, something I'm trying hard not to do.

Each of my sons requested tie tacks when they were in high school because they needed them for band uniforms. I gave them a couple of nifty ones with musical notes for Xmas--too late for their concert, but we faked our way through that. One of them is majoring in music, so it turned out to be a prescient present.