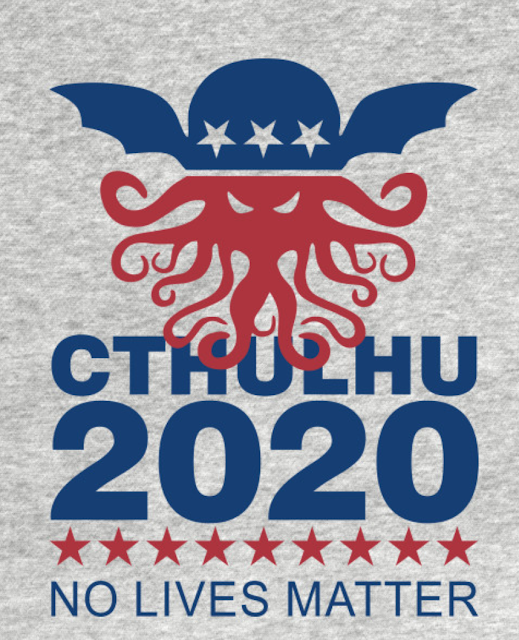 Most people who think about public policy reform are prone to focusing on how to make the world a better place and assume that all people who actually make policy think likewise. But history shows that bouts of bad policy making are common.

Indeed, we are in the midst of one of those historical moments right now. How many goo-goos would have predicted that:

* The Governor of the State of Georgia would ban localities from adopting face mask requirements in the midst of a pandemic at its peak number of new cases in the state?

* The President would prohibit state health departments from providing updated coronavirus information to the Centers for Disease Control?

* The Douglas County, Colorado Commissioners would adopt a resolution declaring that they would never find an alleged violation of constitutional rights and excessive force by a law enforcement officer to have been committed in bad faith amidst national outrage over excessive uses of force by police?

* A President who would repeal regulations preventing people who had been involuntarily committed for being a danger to themselves and others from buying guns as school shootings reach record highs?

* A President who would attempt to withdraw the U.S. from the World Health Organization in the middle of a global pandemic that no nation is suffering from more severely than the U.S.?

* A President who would support a policy of keeping refugee children cages without access to hygiene and with intentionally uncomfortably cold temperatures?

* An administration that would indiscriminately attempt to repeal almost every environmental regulation on the books (most recently, the protections of the Migratory Birds Treaty)?

* An administration that would try to get the U.S. Supreme Court to repeal health care coverage for tens of millions of Americans in the middle of a pandemic.

* An administration that would attempt to deport medical professionals who are trying to provide healthcare at hospitals overwhelmed with COVID-19 patients?

* A President that has attempted to buy Greenland and sell Puerto Rico?

* A President who thinks that windmills cause cancer, that American forces “took over the airports” during the Revolutionary War (which started in 1776 CE), suggests in a coronavirus press conference that people should drink bleach, and thinks that preventing forest fires is about raking forest floors?

* A President who pardons war criminals and then appears publicly with them to praise them for their crimes?

* A Supreme Court justice who would conclude that it is constitutional and does not violate the Eighth Amendment prohibition on cruel and unusual punishment to execute an innocent person who was wrongfully convicted of murder?

* A Presidential would support a government that tortured and murdered a journalist for an American newspaper and that one of his senior advisors and family members would have helped facilitate the killing?

* Who would have imagined that we'd be fighting a reinvigorated Nazi movement in 2020 and that the President would call them "very fine people"?

There's no way anyone could have predicted these events. Unless, that is, they put on their dystopian brainstorming hat and added a healthy dose of pessimism and cynical humor.

So, it is a worthwhile exercise to consider dystopian policy ideas, because they aren't as impossibly unlikely as they may seem.
Posted 9:32 AM
Email ThisBlogThis!Share to TwitterShare to FacebookShare to Pinterest
Tags: Death Penalty, Donald Trump, Environment, Health Care, Humor, Immigration, military justice, Pardons, Political Tactics, Predictions, Public Health

And who would have thought that the biggest mass murder movement of history - communism - would be making a comeback among the most privileged people the world has known?