Reapportionment Based Upon The 2020 Census 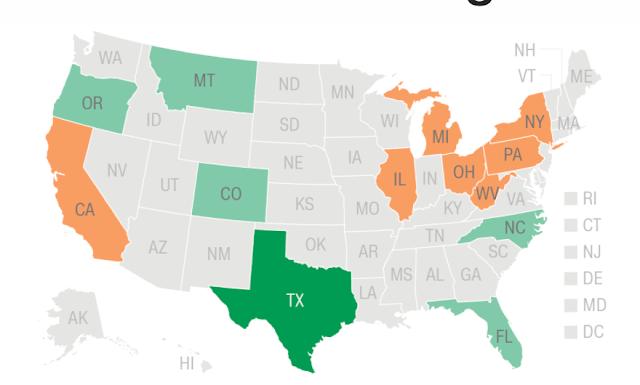 These are the winners and losers in the reapportionment based upon the 2020 census. Texas is up by two seats. The other states in green are up by one seat. The states in orange are down by one seat (via CNN and confirmed from U.S. Census Bureau).

The Rust Belt continues to decline.

Within the swing states, the ones losing a seat voted for Biden, and the ones gaining a seat voted for Trump, but all were very close. So, it is really worse than a new 2 seat shift to the GOP, but not as bad as the gain of three seats for Trump states and the loss of three seats for Biden states would suggest. Maybe it tips the Electoral College balance in favor of the 2024 Republican candidate by a net four seats on average.

Of course, all 50 states have to redraw their Congressional and state legislative districts, which on one hand, presents new opportunities for gerrymandering, and on the other hand, systemically shifts political power from depressed that tend to lean red areas to growing areas that tend to lean blue within states. 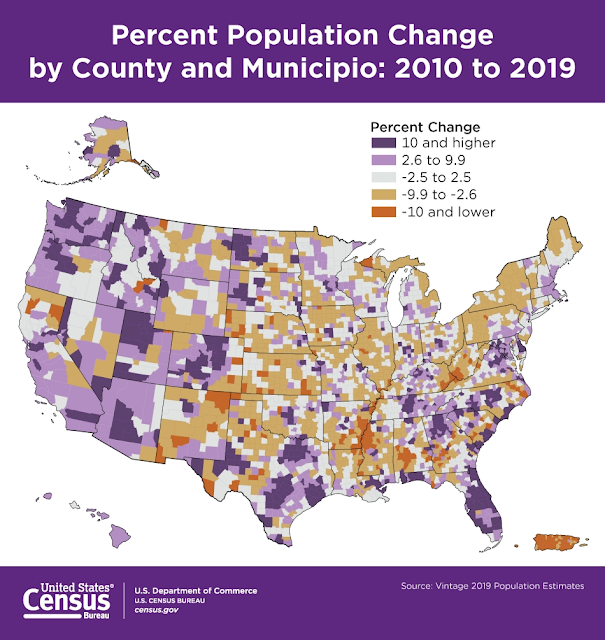 So, while reapportionment tells us something about the shifting trends for the 2024 Presidential election, it isn't terribly informative about what Congress will look like in 2022.

In other news, California's Governor Newsom is going to face a recall election, but: "A recent statewide poll found Newsom had a positive job approval rating and that Californian voters would vote to keep him by a double-digit percentile margin."

So, the recall election may end up being a non-event that leaves Republicans in the state discouraged.

Illinois is unlikely to lose a dem seat, or at least not in the longer run. Dems control the state and control redistricting. They are likely to nibble away at the edges of Repub areas, ultimately strengthening Dem control of the state.

By the way, this confirms a comment I made recently. Dems are streaming out of Dem controlled states at such a rate that they will eventually turn red states blue.

I think you are right about the migration effect (combined with demographic effects as old conservatives die and young more liberal generations make up a larger share of the voter pool, the generation gap in partisanship is huge).

I think I have at least one prior post trying to quantify some of these effects (though I could be wrong, I might have worked up the analysis but not finished it and not posted it).