For Carolyn, Willi and Fred

In August of 2001, Carolyn Wagner came to Cortez, Colorado to honor the life of slain Navajo gay Two-Spirit youth Fred C. Martinez, Jr., and to support her mother, Pauline Mitchell. Fred was killed by Shaun Murphy, who plead guilty to murder and was sentenced to 40 years in prison three years ago. Carolyn had a reason for coming. The experience of her own son Willi. Then, this Spring, she became a victim herself. 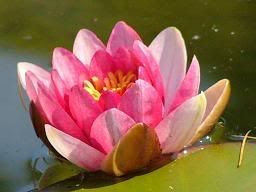 Violent bigots in Arkansas, it is hard to agree that they are extremists in that state, attacked Willi and later his mom. I can't offer much to them. But, I join Daily Kos commentor Melvin in offering a flower of sympathy and concern.

One day Willie Wagner got beaten up during school lunchtime in Fayetteville. Again. Broken nose, bruised kidney, hematomas, lacerations. The three guys who did it said, "You're getting what you deserve, faggot."

On another day I met Willie's mom, Carolyn...

Carolyn drew people together, me included, to help with this issue. She told us Willi's story. [Willi has since changed the spelling of his name.] Willi had been harassed since junior high for being gay. It continued into high school. His teachers said that if he chose to be gay, he would have to expect such treatment. Everyone told Willie's parents to ignore such incidents and that there would be no punishment for those who had done the harassment.

After the bashing the school administration said that it wasn't a hate crime, that it wasn't a gay bashing, but maybe it was sexual harassment. So maybe they should write a policy about that. That's when the Task Force and PFLAG got involved. Change started.

Time passed but people in Arkansas didn't. Mom's experience echoed that of her son.

Carolyn Wagner, long time progressive activist, one time PFLAG National Vice President, and co-founder with me of Families United Against Hate, has become victim of a vicious hate crime. She has been stalked and harassed since January by a right wing extremist group who know of her work in gay rights. One of them attacked her at her home last month, and she has had major spinal and nerve damage as a result. She suffered some paralysis in her legs and is having emergency surgery tomorrow at St. Anthony's Medical Center, in North Little Rock, Arkansas.

She lived. But, no one should have to pay that price that Carolyn, Willi and Fred have paid in the case of Willi and Fred, for being born gay, and in Carolyn's case, for being a mother fighting to end the injustices that made her child suffer.
Posted 1:12 PM
Email ThisBlogThis!Share to TwitterShare to FacebookShare to Pinterest
Tags: Crime, Gay Rights, Native Americans, Obituary